This month, NECA/WizKids will release Star Trek: Attack Wing Wave 22 and StarTrek.com has the exclusive First Look at the ships in the upcoming expansion packs, starting with the U.S.S. Valiant.

The U.S.S. Valiant NCC-74210 is a Defiant-class starship that was originally assigned as a training ship for elite cadet corps. Captain Ramirez was given command of the U.S.S. Valiant in order to train “Red Squad” during a three-month mission where the crew was expected to take control of the Valiant while being observed by senior officers. The U.S.S. Valiant soon found itself trapped behind enemy lines when the Cardassians took over the Kepla sector during the Dominion War. Attempting to return to Federation space, the Valiant encountered a Cardassian Battle Cruiser near El-Gatark. Within minutes all senior officers, including the Captain, were either killed or critically injured. The U.S.S. Valiant lost power and remained adrift while the cadets worked to get the weapons and engines back online. Under the command of Tim Watters, the Valiant and its crew were able to destroy the Cardassian Ship and return to the Federation.

The U.S.S. Valiant has one additional shield compared to the generic version of the ship and gains two Crew Upgrade slots while losing a Weapon Upgrade slot. The special ability for the U.S.S. Valiant allows you to gain one additional attack die when attacking with Photon Torpedoes, if you discard that card during the Roll Attack Dice step. The Captain in this pack is Tim Watters, this card adds one Crew Upgrade slot to your upgrade bar. Also, as an action, you may remove all Disabled Upgrade Tokens from all of your Crew Upgrades. Red Squad is an Elite Talent that allows you to start the game with a number of tokens (Evade, Scan or Battle Stations) on this card equal to the number of Federation Crew Upgrades assigned to your ship (max 4). During the Activation Phase, before performing your Action, you may remove 1 token from this card and place it beside your ship. Desperate times call for desperate measures and here we can see that Captain Tim Watters makes sure the cadets of Red Squad operate at maximum efficiency, while the Elite Talent grants you bonuses for each Federation crew member.

The crew of U.S.S. Valiant all work together to try and restore weapons and functionality to the ship. Riley Aldrin Shepard allows you to take an action to disable this card and perform an additional green maneuver with a speed of 1. Your ship cannot be target locked this round and if there is already a target lock on your ship, you may remove that token. Karen Ferris allows you to disable this card instead of spending a Target Lock when targeting an opposing ship with Photon or Quantum Torpedoes. Dorian Collins may be disabled to immediately repair 1 Shield if your ship suffers damage to its Hull. Nog can be disabled as an action to repair 1 damage to your Hull or Shields, OR if you execute a Red Maneuver you may disable this card to remove 1 Auxiliary Power Token from beside your ship. Photon Torpedoes is the Weapon Upgrade in this pack. This secondary weapon may be fired for 5 attack dice at Range 2-3. You may convert 1 of your Battle Stations results into 1 Critical Hit result.

Working together, the cadets from Red Squad were able to defeat the Cardassians and return the U.S.S. Valiant to the Federation. The crew of Valiant proved that teamwork and determination was enough to overcome any obstacle. Recreate the battle of El-Gatarik with the special scenario included in this pack and race against the clock to restore power to your ship. 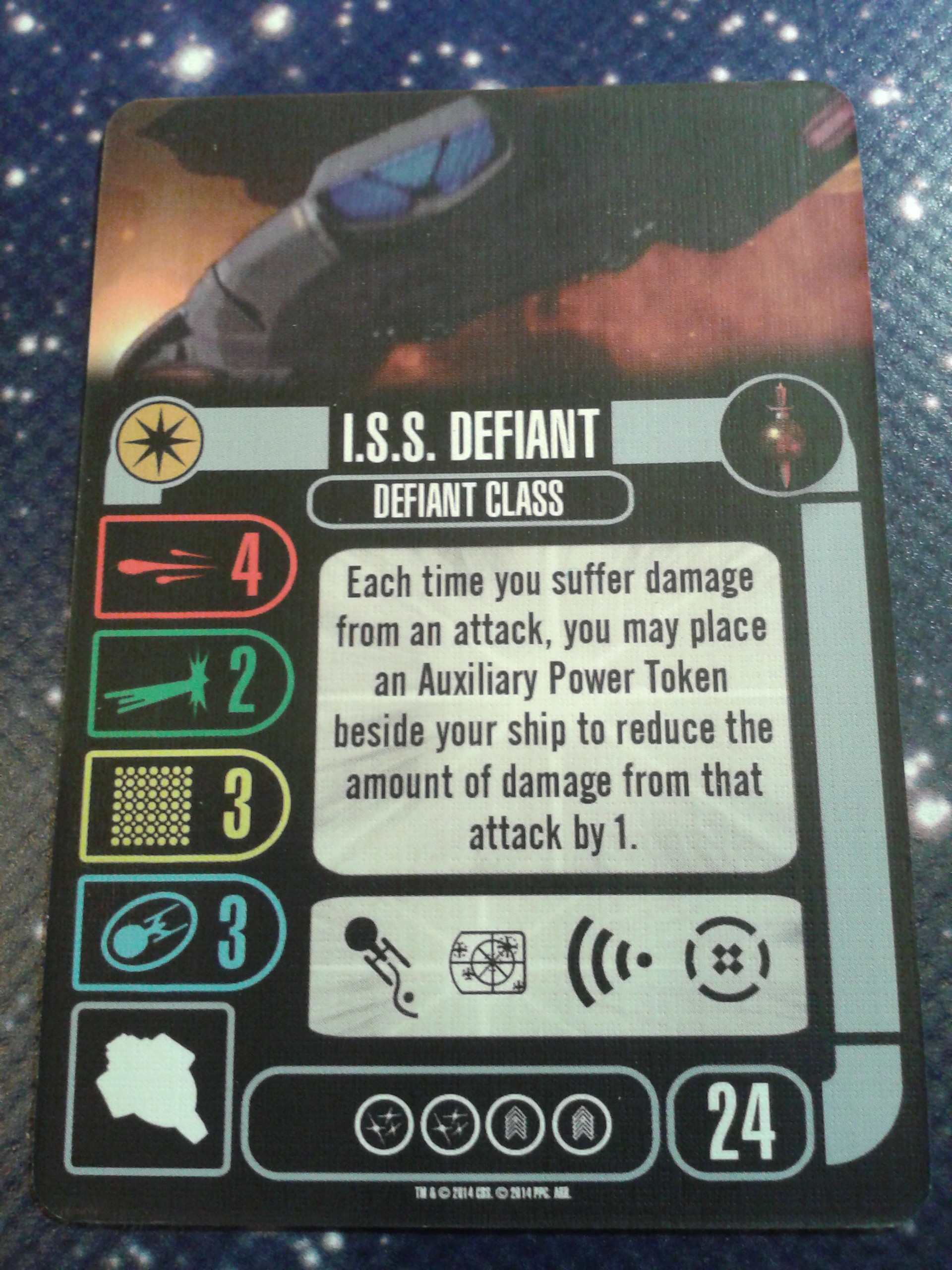