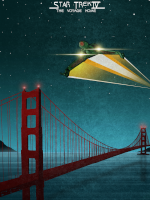 NECA/WizKids will release Star Trek: Attack Wing Wave 7 in September and StarTrek.com has exclusive First Looks at the upcoming trio of ships, which we'll showcase in a series of three articles. Today we will look at the Borg Scout Cube: Scout 608. Due to its smaller size, the Scout Cube trades some of the heavy firepower for which the Borg are known for greater evasive ability. Players can use Third of Five as captain when they want the ability to use drone tokens to further increase the ship’s defensive abilities or the Tactical Drone when they want to dispense retaliatory damage when defending.

Players will enjoy the offensive capabilities provided by the Magnetometric Guided Charge, which will provide a bit more punch than the ship’s base 3 damage. Subspace Beacon will be a boon to Borg fleets as well by thanks to its ability to pass out Scan tokens to all friendly ships with range 1-3, especially when coupled with Long Range Scan. We see the return of the Borg Alcove, but players may also be interested in considering the Scavenged Parts Borg upgrade when they are looking for ways to recover spent Drone Tokens.

Players will have to weigh their choices carefully as they outfit their Borg Scout Cube 608 to undertake the Invasive Programming Sequence mission included in the expansion pack. While a quick recon of the planet may work, there is always the possibility that the Borg player may have to engage the Federation in battle if they hope to win.
_________________
Life is what happens while we're busy making other plans.
Cut als Spielerezensent:
Der Spieleblog für den ich schreibe - www.weiterspielen.net - über STAW und mehr...!