A contested region of space accessible through a known wormhole has drawn the attention of powerful forces throughout the galaxy. Both the Federation and the Klingon Empire, who share a delicate alliance at this time, have recently built outposts in the region. But now news of grave troubles brewing in the region has prompted both the Klingons and the Federation to investigate immediately.

Command your ship, recruit new crew members, earn experience points, and use your skills to confront the challenges of the Star Trek Universe. Explore and face a variety of challenges on a randomly built Space Map using the Venture Tile System first introduced in the award-winning game, Mage Knight.

Star Trek: Frontiers is designed for 1 to 4 players with multiple competitive, cooperative and solo scenarios. Work together to defeat hostile ships or compete to explore and uncover hidden mysteries. Players will need to overcome obstacles to expand their knowledge and use their leadership as they adventure in order to be victorious in their exploration!

Space, the Final Frontier... and you get to explore it in the upcoming Star Trek: Frontiers board game, coming soon from WizKids. The latest creation of celebrated veteran game designer Andrew Parks, Star Trek: Frontiers puts players in command of a starship and crew exploring a newly discovered region of space. Based upon the popular Mage Knight board game ruleset designed by Vlaada Chvátil, players in Frontiers will plot a course for adventure on one of several ships from the Star Trek universe, including the U.S.S. Enterprise NCC-1701-D, U.S.S. Defiant, IKS Negh’Var, or the IKS Cha’Joh, each with a uniquely sculpted and painted model to field. Star Trek: Frontiers challenges players to take command of a crew and deal with alien encounters (and threats) in far-off worlds.

Each play-through of Frontiers guarantees the gamer a different adventure. The "Venture Tile" system map, customized deck building, Clix Dial™ System and a vast array of scenarios to choose from are all part of the Star Trek: Frontiers experience. With random enemy encounters and power-up rewards unique to each player’s ship, new challenges will arise on every adventure of Epic Exploration and Conquest. With each game offering a different set of encounters, players will keep coming back for more adventures, both in deep space and planet-side.

At the start of each game, aspiring Captains choose a ship, and draw up a 16-card deck that includes a card for the ship's captain and a set of Skill Tokens. Reach higher levels from exploring, away missions, and defeating aggressive foes - higher levels equal more new Skill Tokens. Each encounter has the possibility of expanding your abilities as you can recruit new crew members, learn new tactics, and discover alien technologies. You also have to manage your resources and maintain your ship’s condition by performing repairs to keep power running to all your systems.

Each of the four captains brings varied expertise and a unique personality to their ship. Jean-Luc Picard, the captain of the U.S.S. Enterprise-D, is an accomplished diplomat and explorer. His skills help peacefully resolve encounters and inspires his crew. Benjamin Sisko, captain of the U.S.S. Defiant, is a no-nonsense, battle-hardened commander who isn’t afraid to get his hands dirty. His quick thinking and resolve help him to get the most performance out of his "tough little ship." General Martok, in command of the IKS Negh’Var, is a seasoned Klingon warrior, honored leader, and an inspiration to all of his kind. Through his iron will and the support of his powerful ship, he will see his crew through many glorious battles. Lursa and B’Etor, the Sisters of Duras and commanders of the Klingon Bird of Prey, are cunning masters of subterfuge and manipulation. Their resourcefulness makes them a far greater threat than their small D12-scout craft would suggest.

In Star Trek: Frontiers, players will encounter Romulan Warbirds, Dominion starbases, and the dangers of alien worlds, each requiring different skills and cards from your hand to solve, defend against, or defeat. The greatest threat, however, is the seemingly unstoppable Borg! They have infiltrated the deepest portions of this region of space and aim to expand at a near-relentless pace. There are four painted Borg Cube miniatures on HeroClix Combat Dial System bases that you can encounter. In conjunction with whatever scenario you are playing, the dial determines the level of difficulty of each Borg Cube and the hoard of assimilated units you must overcome. By defeating a Borg Cube (no easy feat), players gain salvage rights to the wreckage and can recruit special “former drone” crew like Seven of Nine and Hugh!

The pre-made scenarios included in the rulebook let you customize the difficulty and length of gameplay. There are also multiple scenarios for competitive head-to-head, cooperative, and even solo play. Every time you play Star Trek: Frontiers it is like exploring uncharted space. Each game is different and every turn is a new puzzle to be solved by your wits and the cards in your hand. This game will stick in your head like a nanite in Data’s positronic matrix, with all the possibilities stimulating the real final frontier: your imagination! 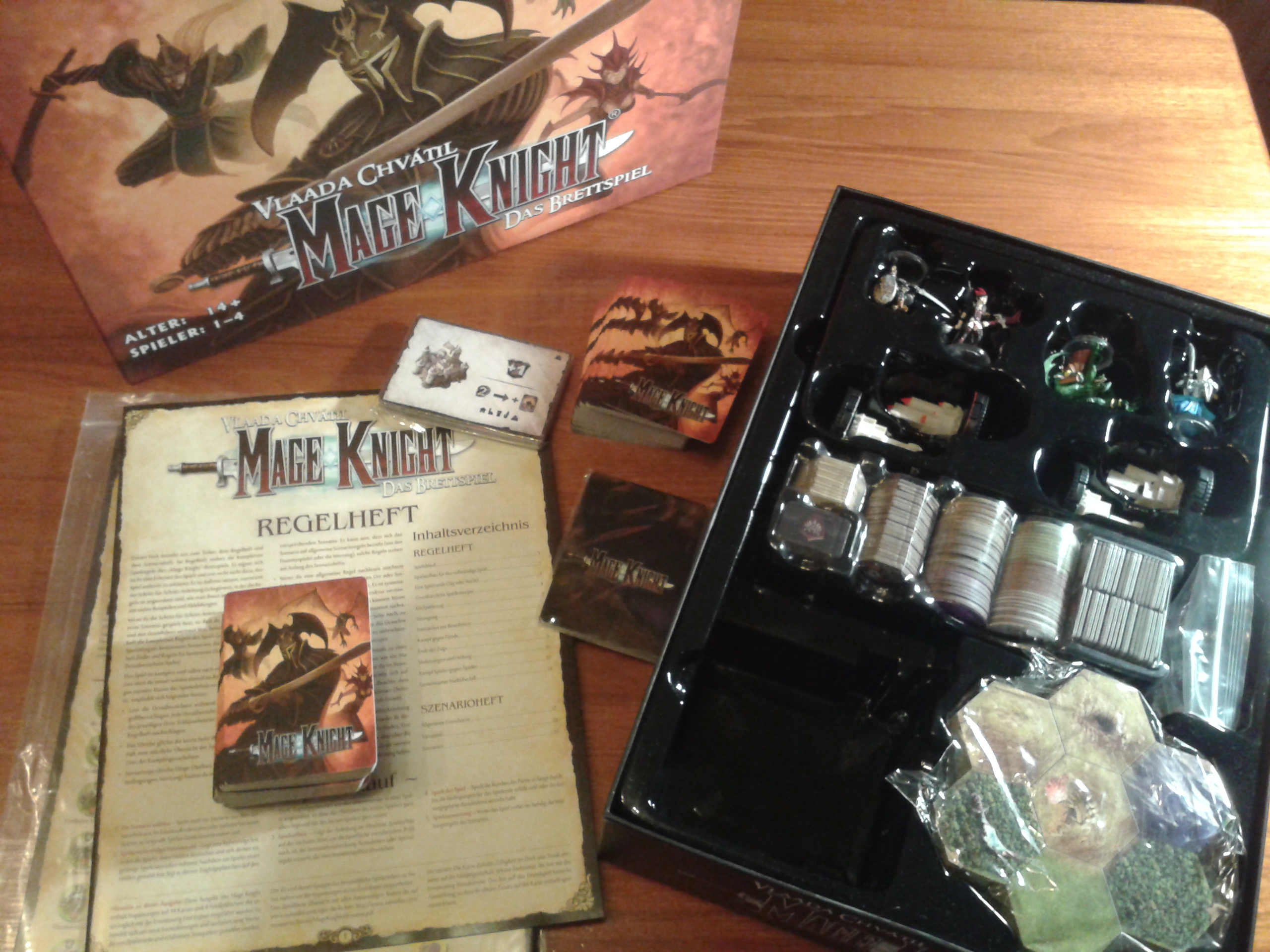 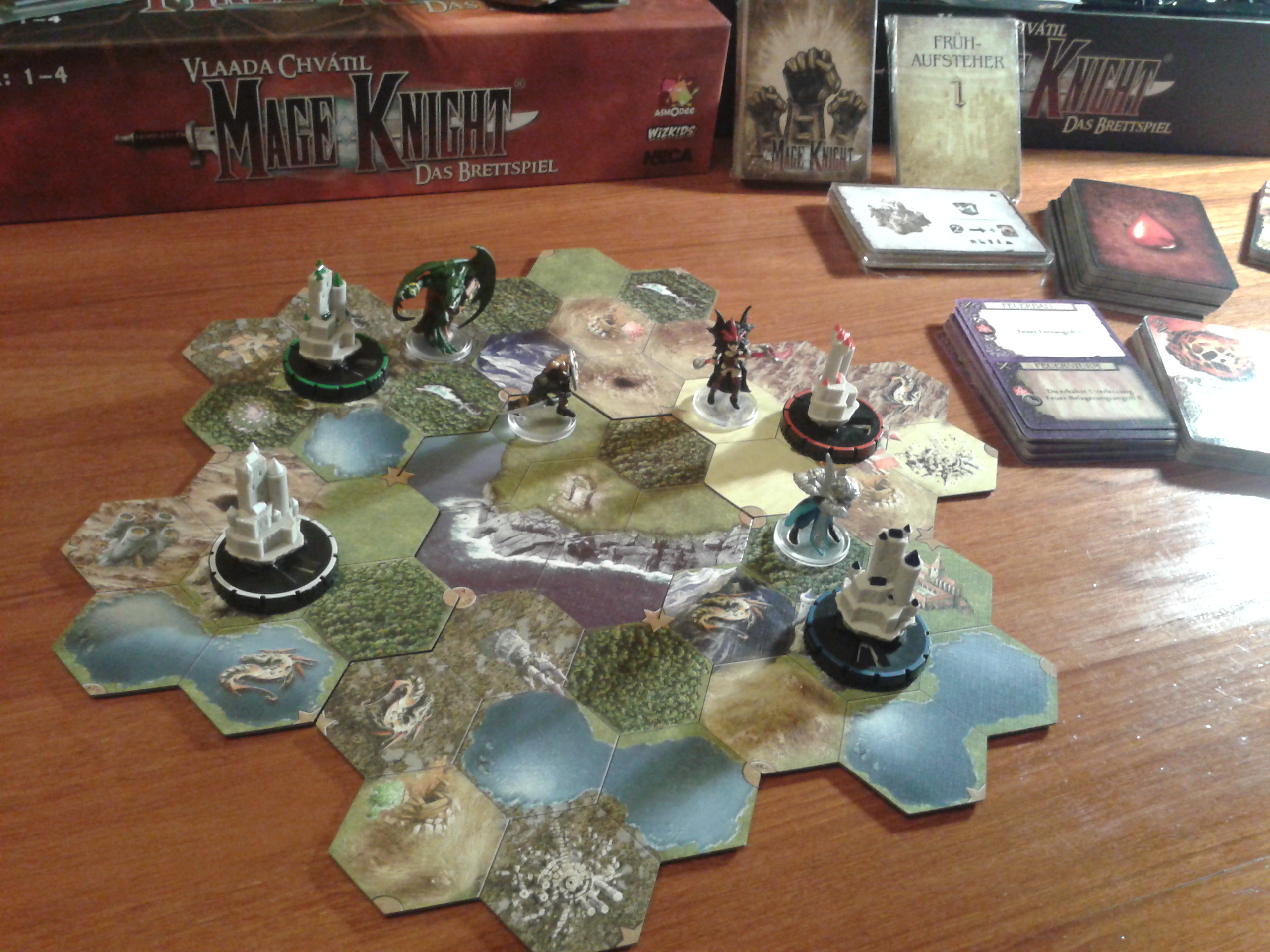