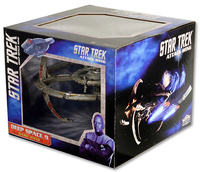 
In Star Trek Alliance, players take on the role of Federation starship captains, and work cooperatively to face enemy threats controlled by the game’s AI. The Dominion War Campaign is the first game in this series, and allows you to take on the threat posed to the Gamma Quadrant by the Dominion.

Instead of using a ship, captain, and crew of characters already in Star Trek lore, you will create your own, allowing you to tell your own unique, one of a kind story set in the Star Trek universe. The game’s missions begin immediately after your promotion to Captain, as you take command of an Excelsior-Class or Akira-Class vessel. You’ll name your captain, choose your first command, and spend a number of experience points on upgrade cards representing skills, crew, weapons, and ship modifications.

Each mission begins with a briefing and instructions for setting up the map, as well as placing enemy ships. Some enemy ships begin the mission on the board, while others will arrive in later rounds from randomized locations, so you’ll never know when a Jem’Hadar attack ship will come out of warp right behind you! You’ll review the mission objectives and special rules, and then finally select your ship and loadout using the upgrade points and slots you’ve earned up to that point in the campaign.

Upgrade cards include the crew, like a Helmsman who can help you maneuver, or a tactical officer who lets you re-roll attack dice, and ship upgrades, such as an impulse upgrade that lets you treat more maneuvers as green, or Detection Grid, which lets you support your allies’ attacks. All of the upgrade cards in Star Trek Alliance are also compatible with Star Trek: Attack Wing, allowing for .

Once your ships are ready, you take on your enemies in exciting ship-to-ship combat that’s familiar to fans of Star Trek Attack Wing, but straightforward enough for those who are new to the experience of miniatures gaming. You’ll use careful maneuvering and strategy to maximize your odds as you roll dice for both attack and defense.

The game features a special AI system that seamlessly commands the flight patters and strategies of enemy ships. In the Dominion War Campaign, these enemy ships are the three Jem’Hadar Attack Ships that come in the box. They’ll come at you in waves, with each wave represented by an Enemy Loadout Card and controlled by an Enemy Logic Card. First, you identify their target based on mission orders, then you roll a die to determine what maneuver the ship takes in that direction. The ship then takes an action, which will vary based on the current game conditions. Finally, it will fire at the nearest eligible target. While you may have a sense of where the ships will try to go, the AI keeps them unpredictable, and able to outmaneuver even the most skilled captains.

Star Trek Alliance: Dominion War Campaign features six missions. There’s one mission in Act I and four in Act II, which can be played in any order, leading into the climactic final mission in Act III. Choosing the right order based on your abilities and strategies is key to succeeding in the full campaign! As you complete missions and progress through the game, you will earn additional experience allowing you to use more upgrade cards, increasing your Captain Skill and unlocking additional upgrade icons, which you will track on a special Captain Card.

One copy of the game contains everything you need to play the full campaign with two players. But, with three copies, you can play with up to six people in giant battles that can feature up to 12 enemy ships! You can also play any mission as a standalone, without tracking experience or using a Captain Card. This allows you the flexibility to play one mission with a large group, even if everyone can’t be there for the full campaign.

Star Trek Alliance is a new way to experience the exciting stories of the Star Trek universe, starting with the classic Dominion War Campaign, while putting players themselves in the center of the action, and giving them the chance to become Starfleet legends.... 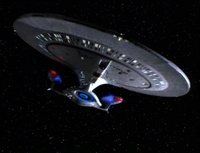 
"A quick update from the best of my knowledge is Wizkids about 2017-18 royalty screwed up their business partnerships with their Chinese manufacturing. This forced them to jump ship to a new partner that was not enthusiastic to work with them because of WK's reputation but it got done. Just know it did not go smoothly and they are still recovering and in fact, many key parts and molds had been lost in the move. Why we have not got much of anything new or in large quantities for the last 2 years. I was last updated by people near or close to WK but I will not go into names for their own protection but last I heard last fall this is still an ongoing issue that I can only assume has been compounded by the pandemic."
_________________
Life is what happens while we're busy making other plans.
Cut als Spielerezensent:
Der Spieleblog für den ich geschrieben habe - www.weiterspielen.net - über STAW und mehr...!
Der Spieleblog auf dem ich aktuell poste: StarTrek-AttackWing.de