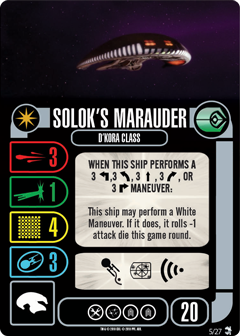 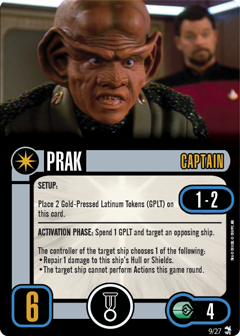 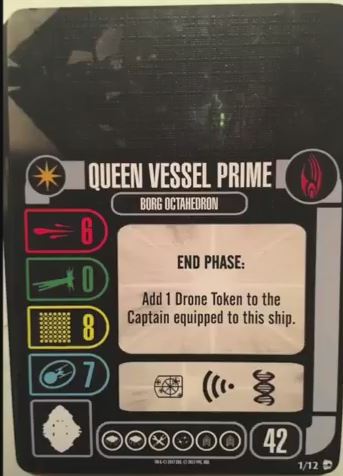 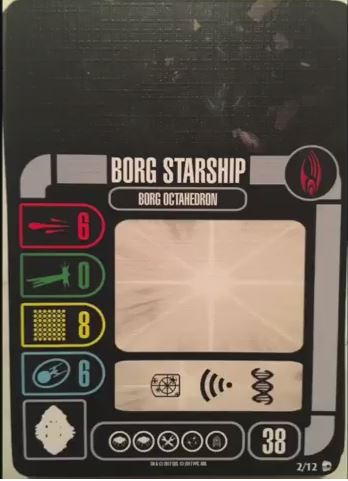 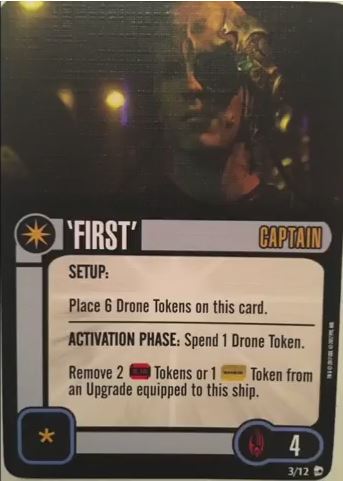 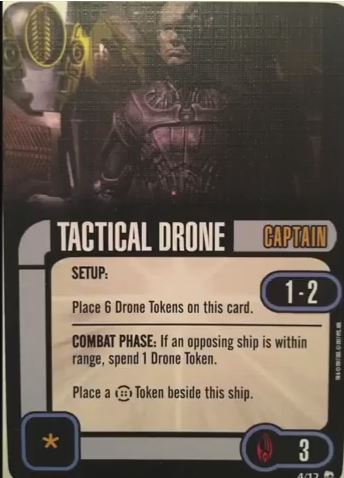 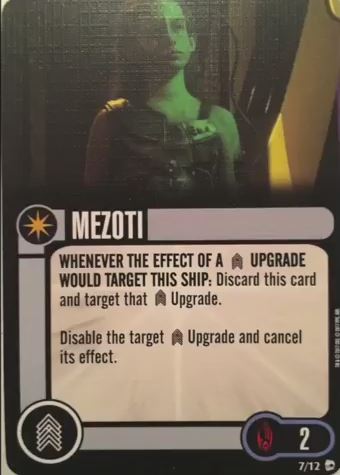 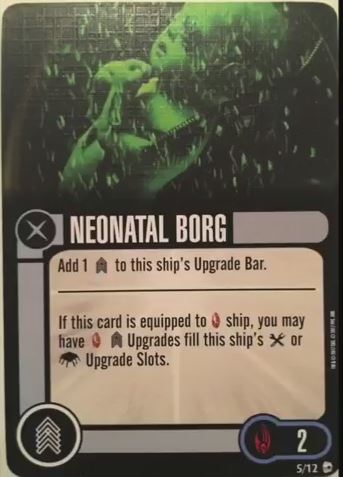 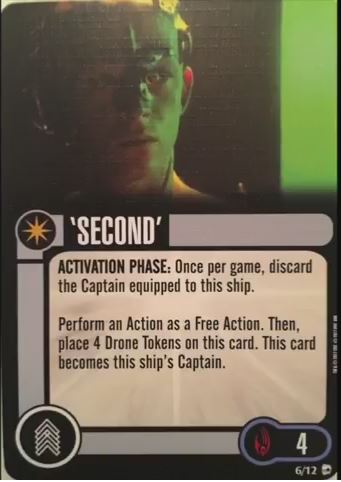 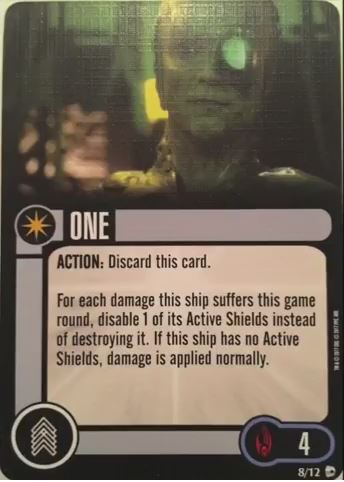 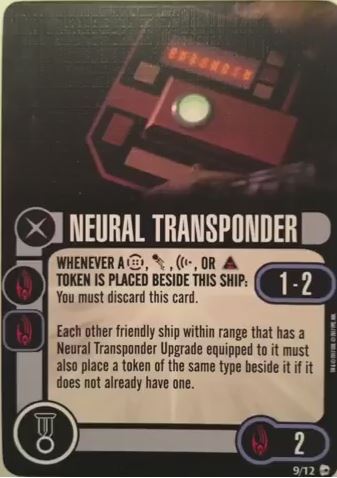 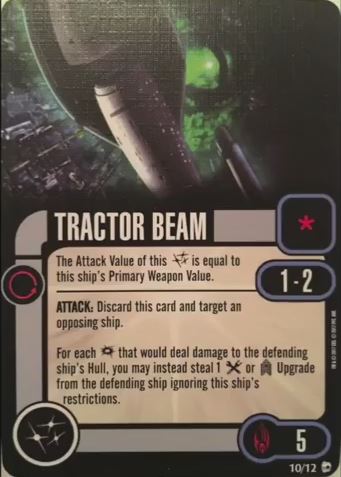 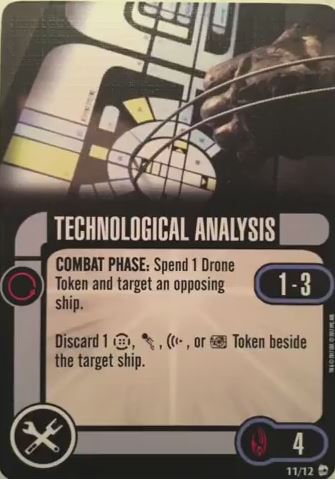 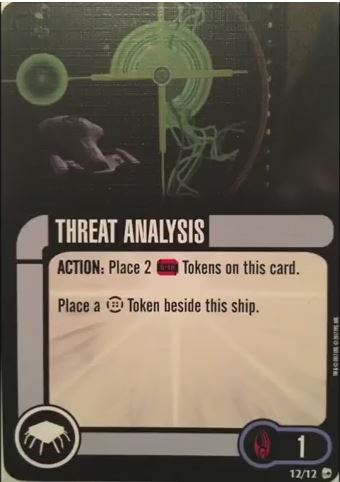 
WizKids has a ton of Star Trek Attack Wing content coming for your games in 2018, and one of the first products on the way is the Independent Faction Pack featuring the Ferengi.  Due out in just a few weeks, this set will include four ships and tons of game materials so you can play a fleet right out of the box of mix and match with your current Ferengi ships, captains, and upgrades.  Today we’ve got a first look at some of the contents in the box with a generic vessel, a captain/admiral, and upgrades from three different categories!

The set comes with not one but two D’kora class Ferengi Starships which you can play as unique, named vessels or generic versions.  The Ferengi Starship features the same stats, actions, and upgrade capabilities we’re used to seeing but for a nice reduced cost.  It has 3 Primary Weapon, 1 Agility, 4 Hull, and 2 Shields, can mount one each of Tech, Weapon, and Crew upgrades, and has the available actions Evade, Target Lock, and Scan.  While all of that used to cost 20 points the new one is only 16, leaving room for captains and upgrades!

One of the captains in this set is a blast from the past, the very first Ferengi Grand Nagus and author of the Rules of Acquisition Gint!  He joins the game as a 2 skill Ferengi captain that costs 3 points and can add not one but two Elite Talent upgrades to his ship.  He has several special rules, the first of which limits those Elite Talents to only Grand Nagus and The Rules of Acquisition.  As you’d expect Gint makes use of the new Gold-Pressed Latinum mechanic, and he begins the game with two such tokens.  Best of all, when you spend those GPLTs Gint lets you roll defense dice equal to the number you’re using, and any Evade result lets you keep that token instead!

Alternatively, you can play Admiral Gint on your Ferengi fleet.  For the same cost of 3 points he’s a +0 card with the same Elite Talent options and restrictions, and brings two GPLTs onto his ship.  He has the same potentially GPLT saving mechanic that applies whenever a friendly captain spends one or more.  Whether you’re using Gint as a captain or an admiral he’s going to be a crucial cog in your Gold-Pressed Latinum machine.  In brief, GPLTs can be spent: once in the planning phase to remove an Auxiliary Power Token, once per game spend the cost equal to an upgrade that was discarded and bring it back, and in the combat phase to place a Battle Stations, Evade, or Scan token next to your ship.

The Rules of Acquisition

Working with Gint and the other captains in the Ferengi Faction Pack is the Elite Talent that was literally made for them (and by the first Grand Nagus), the Rules of Acquisition.  A 5 point upgrade that can only go on a Ferengi vessel, its use it straightforward.  During setup give 6 GPLTs to its captain!  As you can see above with the variety of uses plus Gint’s ability to save tokens when they’re used this is going to offer Ferengi players a massive amount of options in game.

Ferengi are known for their schemes and gambles, and a perfect example of that is Gegis.  Part of a plot to kidnap Seven of Nine for her Borg nanoprobes, he served DaiMon Nunk on his Marauder.  Gegis is a 3 point Ferengi Crew upgrade that specializes in shutting down upgrades on enemy ships.  As an action target a Tech or “?” upgrade on another ship at range 1-2; put two Time Tokens on Gegis and THREE on the targeted card!  This can really hamper your opponent’s plans and disrupt strategies that rely on timed upgrade usage.

The last upgrade we’ll look at today is a Tech one, and it’s a mineral that can be used in weaponry and explosives among other things.  Kemocite makes its Attack Wing debut costing 2 points with two very different functions.  First, while it’s on a ship you can increase the speed of a revealed maneuver by +2 and it counts as the same color!  Speed boosts are very helpful, but when you absolutely need an attack to hit with a bigger punch you can discard the Kemocite to add a hit result.  That’s pretty great utility and options for a 2 point Tech upgrade.