The Xindi Fleet is now complete as the ruthless Xindi-Reptilian’s join the battle.

This month, WizKids/NECA will release Star Trek: Attack Wing Wave 29 -- and StarTrek.com has the exclusive First Look at the ships in the upcoming expansion packs, concluding with the Murtas Expansion Pack.

Dolim is the Xindi-Reptilian Captain in this Expansion Pack. A Skill Level 8 Captain, Dolim allows you to treat any of the Crew or Tech Upgrade slots on your Upgrade Bar as Weapon Upgrade slots during the Gather Forces step. Additionally, all of your Weapon Upgrades cost -1 SP (-5 SP max).

Degra is a Skill Level 4 Captain that allows you to gain +1 attack die (+2 attack dice if the attack is made with a Xindi Weapon Upgrade) when attacking with a Secondary Weapon Upgrade. The Murtas Expansion Pack offers you the choice between two Captains, each adding their own special ability.

The Xindi-Reptilians are the kind of opponents who will shoot first and ask questions later. This trait is demonstrated by the Elite Talent, Patience is for the Dead. At the start of the Combat Phase, before any ships have attacked, you may discard this card to attack before all other ships. You cannot roll any defense dice during the round that you use this ability. Although it comes at a price (not being able to roll defense dice), being able to attack before any other ship is an amazing ability that can cripple an opponent before they have a chance to react.

Particle Beam Weapon can fire at Range 1-3 and adds +1 to the ship’s Primary Weapon Value. While it may only be used on a Xindi ship, you can be sure to see this as part of many Xindi Fleets to boost their firepower.

Xindi Torpedoes is just another straight-up damage-dealing weapon. This Weapon Upgrade allows you to attack with 4 die at Range 2-3. If fired from a Xindi-Reptilian warship, add +1 attack die.

Reptilian Analysis Team is the only Crew Upgrade in this Expansion Pack. Add 1 Tech Upgrade to your Upgrade Bar. When you are supposed to disable a Tech Upgrade, you may disable this card instead and place 3 Time Tokens on the Tech Upgrade (2 Time Tokens if it is a Xindi Upgrade). The Xindi are going to protect their sensitive technology from enemy hands; you might be able to slow them down, but with this upgrade they won’t be out for long.

Thermal Chamber is a Tech Upgrade that helps to re-enable Xindi Crew Upgrades while also increasing your Captain Skill for the round. In addition to helping keep the cold-blooded Xindi-Reptilians alive, Thermal Chamber also makes sure their crew is never disabled for long. The corresponding boost to Captain skill should give the Reptilians the advantage they need to strike a critical blow.

The last Tech Upgrade in this Expansion Pack turns to the defensive side of battle. Sensor Encoders allows you to disable this card to re-roll 1 of your defensive dice. More importantly, however, if a friendly ship is destroyed, you may discard this card. If you do so, your ship gains +1 Agility for the rest of the game.

The Muratas Expansion Pack completes the Xindi Fleet by adding the Reptilians to the mix. Be aggressive and take down your enemies before they have the chance to strike. The special scenario “Damage” is also included in this pack, where you will attempt to destroy the Federation before your Xindi ships are recalled by the council. Make sure to reserve your copy of the Muratas Expansion Pack from your friendly local game store today. 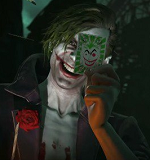